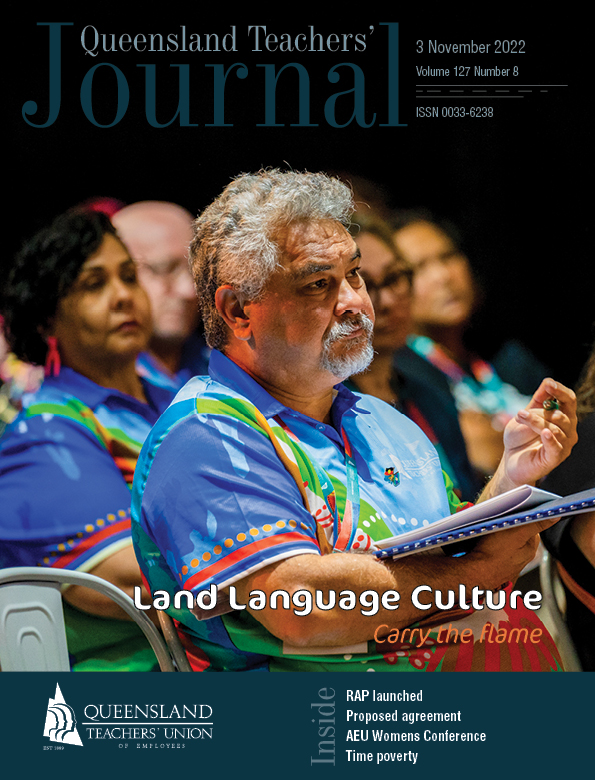 50 years of teacher registration in Queensland

Teacher unions played a key role in the introduction of a teacher registration authority in Queensland.  A review of Queensland Teachers’ Union records indicates that before 1967 there was a considerable lack of consensus on the issue of registration with the QTU. While past articles in the Queensland Teachers’ Union Journal and motions at annual conferences indicate there were some teachers advocating for standards over professional entry into the profession, there were many still uncomfortable with the idea of a system of eligibility requirements regarding qualifications and suitability to teach.

The year 1967 was a turning point in the Union’s attitudes about a teacher registration system. It was a time of teacher shortages and high student-teacher ratios. The Queensland Government wanted to introduce a scheme to address the problem called the “Emergency Adult Teacher Training Scheme”, where 20 university graduates would be given a ‘crash course’ in preparation for a career in secondary teaching to relieve the burden in schools. The Union saw this as a retrograde step for the status of teaching in reducing standards of entry into the profession. It was vocal in its opposition and planned for taking direct action against the scheme. The media at the time reported negatively on the "‘eight week wonders" that would emerge as teachers in the classroom.

The  grass-roots campaign by the Union resulted in members refusing to cooperate in the new program of training. The government of the day responded with emergency regulations enabling the principal of a school to be relieved of responsibility on the matter and replaced by a school inspector.

Strike action, taken after a state-wide ballot, demonstrated solidarity among teachers about having professional entry standards to the profession. The government was forced to back down on the issue. The outcome was that adequate teacher training was returned as a requirement for entry into the profession.

As a result of this industrial action, there was a significant change in teacher support for a registration system for the protection of entry standards to assure the status of the teaching profession. A "grass-roots" motion from the Mt Morgan Branch of the Union sought an inquiry to determine setting up a "register of teachers" within a professional body similar to other professional bodies. Teacher support was strong for professionalism led from within to overcome attempts to alter entry standards in response to supply and demand factors.

A motion was passed at the Australian Teachers Federation (ATF) Conference in 1969 to establish a Queensland Committee to investigate the establishment of a national board of registration. A report was published in 1970 by the committee concluding that a professional organisation should be established to regulate entry standards and uphold professional standards from within the profession.

The recommendation proposed by the committee was for: “A statutory teacher board created at federal and/or state level, completely divorced from the industrial organisation of the profession, but constituted completely of members of the profession or alternatively of a majority of practising teachers together with others interested in education"*

It is from this action by the Union that the first teacher regulatory body was established in 1971 – the Queensland Board of Teacher Education. “Registration of teachers and the setting up of a statutory board similar to other professions must rank as one of the greatest achievements of the QTU…It came from one Union member in one branch, one member with a fine ideas for improving his profession” *

During 2021, the QCT will partner with the QTU and its education stakeholders to celebrate the 50 year anniversary of having a teacher registration system in Queensland. You can read more about the anniversary at https://www.qct.edu.au/50years

*Tronc, K. (1978). The establishment and development of the Queensland Board of Teacher Education. A dissertation presented in partial fulfilment for the degree of Master of Public Administration, University of Queensland.